Somebody’s Got to Feel This* 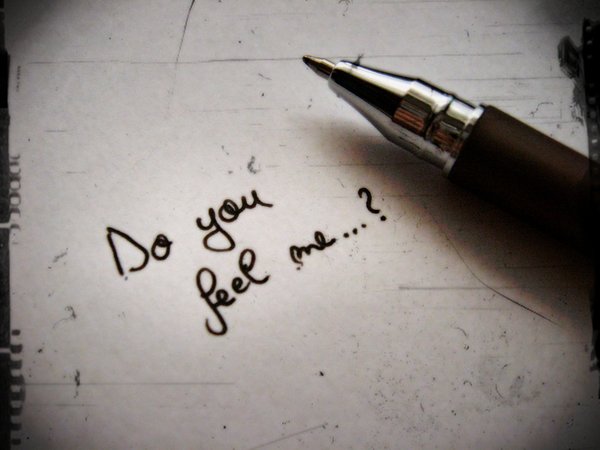 I was watching Benji with a group of family members in my grandparents’ living room the first time it happened.

Something sad happened onscreen and I wanted to cry so I pretended like I needed to go to the restroom so no one would see me even though every adult probably knew.

Even at 5, I’d already been trained that boys don’t cry.

My parents had recently divorced, so I’m sure I was more emotionally sensitive than I had been prior. But I doubt that’s the reason the sad Benji moment made me feel something.

I wasn’t much of a crier throughout most of my childhood, and save the tragic death of my father’s only brother when I was 17, and a handful of instances where I was forced to say bye to my father for several months at a time because we lived 500 miles apart, I didn’t do much of it.

Maybe because “boys don’t cry.” Or maybe because I ran out of tears for the “small stuff.”

I wasn’t a cyborg. I felt. At funerals of my great grandparents, or the ones I occasionally worked as an alter boy in my childhood church.

I felt when I read Alfred Slote’s Tony and Me.

I felt when I read Where the Red Fern Grows.

Just because I didn’t cry doesn’t mean my body didn’t want to. I just pretended to be tough because that’s the role I thought I was supposed to be playing.

The writing did its job. It made me feel.

In the end, I think that’s what made it good.

Do You Have Any Advice For Other Writers?

As I’ve continued to write personal stories here, something became clear: No one is reading any of this shit because of the writing quality.

I think the longer we live, the more in common we start to have with everyone else. You know—the law of averages and all that as more things happen to us.

People who have been through divorce sometimes find catharsis in reading someone else’s first-person account.

People who have sick children sometimes find peace and perspective when reading about someone else’s challenges with their child’s health.

People fighting addiction sometimes find strength and support when reading someone else document his or her struggles with the same.

We get so afraid to talk about it.

Because we’re private or shy or don’t want to be seen as weak. Because we’re afraid of what other people think.

That’s what’s so beautiful about writing. The opportunity to be brave and help others.

There’s a scared, self-doubting version of ourselves that lives inside each of us. And that’s the lie that coward tells us so it can stay comfortably and safely hidden in the shadows.

I laugh at the idea of me offering another writer advice as if I’m in any position to do so. But then I remember the most important thing I’ve ever learned about human beings:

We’re not so different, you and me.

Sure, you might like sauerkraut and Mountain Dew: Code Red and rye bread for reasons hard for me to fathom. But when you strip away our skin color (thank you, Dr. King), gender, personal tastes and cultural differences? We are remarkably, miraculously, beautifully (and sometimes tragically) alike.

You Can Feel It*

And then you grow up and you realize you really aren’t that special and that’s just something they said over and over again because they loved you a lot and were trying to compensate for the perceived hardships they thought you were dealing with as a child with 500 miles separating your parents.

If you didn’t have a family like mine, you might have been told verbally or otherwise that you weren’t special. That you didn’t matter much. The net result of an upbringing with an unfair amount of dysfunction or neglect or abuse.

It’s not about special or not special.

But it is about unity.

I write things sometimes about marriage and relationships and women, and people are like: “Whoa! He really gets it!”

And it’s not because I know anything about you or how you feel, or about anyone else.

It’s because I know myself and I have extreme confidence that if I just write honestly about that, it’s going to be relevant to more than enough people to matter.

So, if you’re looking for some writing advice on how to write stories that matter, I’ve got one thing: BE YOU.

Be the you that you know. Inside your head. When it’s just you in the dark staring up at the ceiling. That’s the you that can help people, and you don’t even have to try.

All you have to do is be brave enough to write it down.

The things that make you happy.

The things that make you angry.

The things that make you laugh.

The things that make you cry.

Because there’s a person out there who gets happy and angry and laughs and cries about the exact same things. And sometimes they feel like a freak. And they’re too afraid to talk about the things they think about when they’re staring up at the ceiling in the dark. They’re afraid of rejection. That no one will like them. That no one IS like them.

The most important thing I’ve learned as a writer, as a divorced guy, as a parent, as an insecure single guy who is shitty at dating—is that we’re NEVER alone. By that I mean, we are NEVER the only people feeling something.

There are hundreds. Thousands. Millions.

And if you can be brave enough to feel something.

And brave enough to write it down.

And courageous enough to hit “Publish.”

They’ll find you. And then they realize: Wow. I’m not the only one.

And then you’ll know you did something that mattered.

The secret to making people feel isn’t through clever wordplay or manipulation.

In fact, there’s no secret at all.

You just write down what happens on the inside. The parts we often hide from the world as we attempt to convince everyone we’re better or stronger or richer or smarter or funnier or braver than we are.

Because you’re not the only one.

Because it’s okay to cry.

Because the best stories are the ones that make us feel something.

Please tell us one.

32 thoughts on “Somebody’s Got to Feel This*”