The Things Men Love More Than Wives and Children 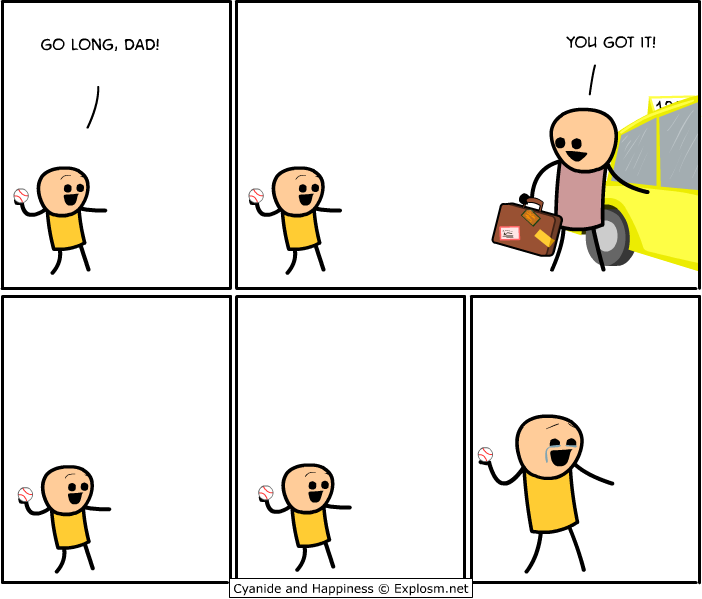 Many guys are afraid of committing to relationships.

Maybe it’s because we know there will be work and sacrifice involved and it scares us. Or maybe it’s because we’re afraid of never having sex with a new person again. It could also be because the average diamond engagement ring costs $6,400; the average wedding costs $30,000, but the average 30-year-old guy’s (median age for first-time grooms in the United States is 29) salary is just $40,000.

Maybe we crave “freedom.” Or maybe so much of our self-identity is wrapped up in ourselves as individuals that we psychologically have trouble letting go of that even when we feel strong emotional bonds with another.

If you are a husband and a father, what is it that you rank higher on your My Life Priorities list than your wife and children?

Maybe we realize that divorce is mathematically a 50-50 proposition and since we watched our parents go through it when we were kids and suffered emotionally and logistically for it, we’re just super-cautious because we don’t want to make a mistake.

I was afraid to propose to my girlfriend.

I have trouble sometimes committing to what to eat for dinner, or what to read or watch after. I was 23 years old and terrified about getting married and then getting divorced like my parents did.

But girlfriends have fears, too. And sometimes young women dream of marriage and family, and then see many of their girlfriends getting engaged, and sometimes start to feel pressure to figure out that part of their lives. It’s a pretty big deal, so that makes sense to me.

Maybe that’s how my girlfriend felt. Like if I wasn’t going to commit, that she needed to know, so she could make an informed decision about what to do for the rest of her life.

Maybe a lot of young couples go through that.

And maybe a lot of other guys feel like I did: I’m running out of time, and if I’m unwilling to commit, I’m probably going to lose her.

We’re scared, sure. But at some point, it comes down to which is the greater pain. Letting go of all those commitment worries, or letting go of her?

Perhaps ironically, we were engaged on Independence Day in the U.S.—July 4, 2003. We were married a little more than a year later.

Despite all of the fears and stresses and discomfort associated with marriage, a young man, with a million previous opportunities to walk away, psychologically approaches his wedding day with the mindset that he’s making the right choice: I love her. Who would I ever find that’s better? Why would I want to? This is the right thing.

I have a difficult time believing more than maybe one percent of people exchange wedding vows knowing secretly in the back of their minds that they don’t intend to fulfill them. Divorce is awful. And good marriage is very good. Almost nobody is rooting for dysfunction and heartache.

Yeah, I’ve been wondering that, too.

After all of that hand wringing and internal debate and deliberately choosing marriage and making the personal and financial sacrifices necessary to do so, why do so many of our marriages end up broken and shitty? And why do men so commonly engage in repeated and predictable behaviors that frequently doom their marriages?

These questions should keep us up at night, because it seems infinitely more difficult and complicated than it should be, and if any genius psychology experts are reading maybe one will try to explain it.

Because I think I know something. And it doesn’t jibe with the fact that 99% of marriage proposals come from the future grooms in the 6,200 weddings which take place daily in the U.S.

There’s a chance I’m not getting this right. There’s a chance that maybe 20 percent of husbands and fathers would look you in the eye and say: “No. My wife and family are #4 on my list. My motorcycle, my social life, and golf are the top three.” or “My wife and kids? In terms of their importance in my life? Hmmm. Video games are more important. I missed my son’s surgery the other day for a work meeting. And there are a few other things I would always choose over them. But they’re definitely in the top 10!”

A deeply religious man would probably tell you that he puts God first, but I think you’d find that that humility serves him well in his marriage and his relationships with his children.

But, generally? I’m looking for an answer to the following question:

If you are a husband and a father, what is it that you rank higher on your My Life Priorities list than your wife and children?

My smart friend wisely observes that men often view their role as husband and father through the prism of being a provider, and then use that self-perception to justify putting so much energy into money-making endeavors, followed by taking recovery time for themselves to gear up for another hard day tomorrow.

And you know what? I’ll even buy that a little for those guys hammering out 60-plus hour weeks and providing high-end financial opportunities for their wives and children which grants them experiences they wouldn’t otherwise have, especially when both husband and wife mutually agree to the arrangement.

But let’s be real, please.

Most of the time, wives and mothers do MUCH more of the unpaid adult work required to maintain family life, and frequently make as much or more than their husbands. My wife and I were essentially 50-50 financial partners for the majority of our marriage, and the majority of my social circle is comprised of couples like that.

I get the same email several times per week: “Any time I say anything, he just gets defensive and accuses me of never being happy. I do everything at home with a 40-hour-per-week job. And I could almost live with it if he’d put more energy into the kids. But while they’re so happy to see him and want to play with him when he comes home and I’m making dinner, he always ends up playing on his phone, or the computer, playing a video game, watching something on TV, or whatever. It’s ALWAYS about him, and never about us.”

After she cleans the kitchen, bathes the kids, gets them to bed, starts a load of laundry, and mentally manages grocery lists, school needs for the kids, along with not losing sight of whatever needs done at the office tomorrow, she’s totally spent by the time 9 p.m. or whatever rolls around.

Maybe when she walks back through the kitchen an hour after cleaning it, she finds crumbs on the counter or a dirty glass by the sink.

Maybe when she collapses on the living room couch, announcing that she’s going to take a bath and go to bed, he absently says: “Okay. Goodnight,” without taking his eyes off of the football game, or looking away from his video game.

Thousands of people have told me almost this exact story.

To a certain degree, I lived almost this exact story.

It’s because it happens all the time.

And I’m trying to figure out why.

Someone answer the question. Maybe you, Married Guy Who Does These Things.

When you rank everything in your life in order of importance, where—if not the top—does your wife and family sit?

And if, as I suspect, you really believe your marriage and children to be the most important and precious things in your life, then I have just one other question:

What are you waiting for?