Is ‘Happy Marriage’ a Myth? 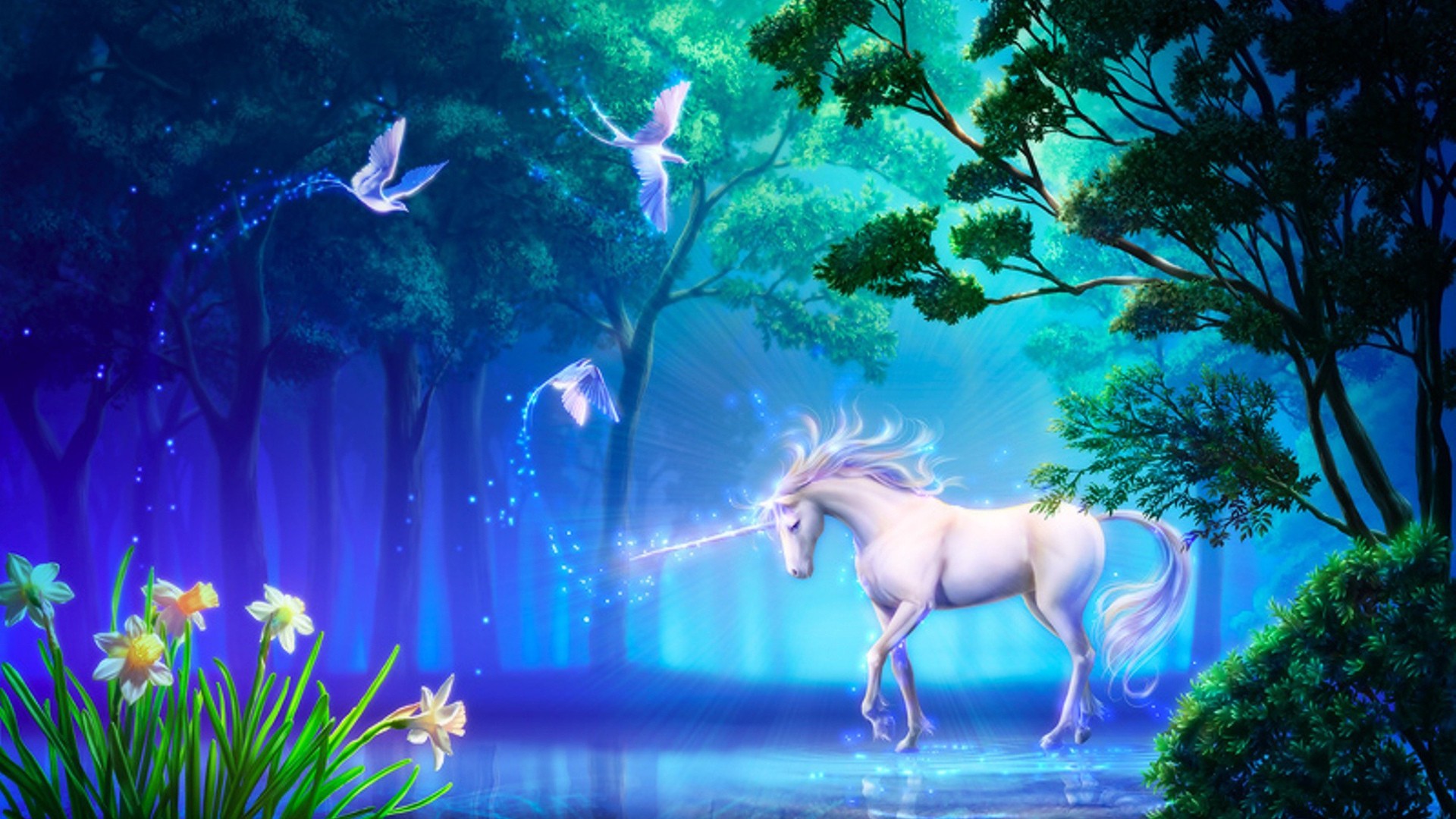 “I’m sleeping alone after 5 years of marriage for the second time to the same man. Yes, the first time around it was about this long before we’d arrive at this point too. We took 7 years off before embarking on Round 2. We are absolutely headed for another divorce. Because I’m not a complete idiot, I don’t plan to take this lovely ride a third time, however, I do wonder if it’s even worth bothering pairing up with anyone in the future. I’m 38 and will be an official empty-nester once I’m single (183 days before the kid graduates and a clean break can be made). Reading your posts and subsequent comments it seems like I’d be up for more of the same even with a different man. I’m not interested in switching teams so my question is if flying solo is just the best way to go? Does anyone ever get this shit right?”

Does anyone ever get this shit right?

I think about that question all the time. In case you were too lazy to read Deanna’s question, “shit,” in this case, refers to marriage.

Does anyone ever have a happy and successful marriage?, is what Deanna asked.

That’s a vexing question. Half of all marriages end in divorce. Of the half that do not, how many are comprised of sad, angry and depressed people who want out of their marriages but feel trapped? How many are having affairs, or wish they were? How many scream and fight every day or get physically abusive? How many sleep in separate bedrooms and never have sex? How many are pocked by unhealthy addiction or criminal behavior? How many are absentee parents with children who hate them, or themselves, and think about committing suicide because they feel abandoned and unloved?

Most of these are obvious and observable. So, here’s the one that frightens me most: How many of the couples who appear to do everything right, and have joyful, cooperative, peaceful, loving, stable marriages are faking it and actually have creepy skeletons and tell-tale hearts hidden beneath the surface?

The Dream World vs. The Real World

One of our many life problems is that we live in two worlds: The real one we experience every day which is filled with frequent frustration, annoyance, pain, horror, stress (but also some good things!); and the magical (and make-believe) dream one where everything functions ideally all the time.

Let’s use abstinence-only sex education as an example.

OF COURSE the world would be better if young, unmarried people never had sex. A lot of very decent, well-meaning people believe God has a rule punishable by eternal damnation that says: DO NOT have sex outside of marriage.

Since these people’s top priority in life is to raise children to make good choices and avoid eternities of fiery torment, they want to teach abstinence-only sex education classes to them. To discuss “safe sex” and pass out free condoms is tantamount to encouraging teenagers to have immoral and irresponsible sex that endangers both their physical and spiritual lives.

There are two things going on here, and both are true:

Buck all you want, but the conservative goody-two-shoes people (no matter what you believe about a particular deity or religion) are totally right: Unbridled hedonism fucks up a lot of stuff.

HOWEVER, in a real-world application designed to prepare teenagers for adulthood and educate them about sex, is it really practical to throw a bunch of moral platitudes at them, and expect everything to work out fine?

Ideally, I’m with the moralists on this one. My list of bad things that goes away when the world abides by The Jesus Sex Rules™ (not to be confused with The Jesús Sex Rules, which may or may not involve donkeys in Tijuana) seems like a worthwhile tradeoff.

WTF are We Talking About? Donkey Shows?

No. We’re talking about whether anyone ever gets marriage correct. Are there really people out there who wake up every day feeling good and have a great time (without being conned) in their married lives?

The answer is: I don’t know. There are 7.4 billion people in the world, and I only really know what it’s like to be one of them.

I don’t know anything. Ever.

But I always think things.

And I THINK there are people who have great lives and happy, honest, healthy marriages that last forever involving real, actual love.

Most People Aren’t Up to It Because it’s Hard

Does anyone ever really lose weight when they make New Year’s Resolutions?

Does anyone ever really succeed when they quit a job to start a business?

Does anyone ever really overcome hardship and rise to greatness?

Most people have shitty marriages because IT’S REALLY HARD TO HAVE A GREAT ONE.

We all think it should be easy. “Love should be easy! It’s love! I love my mom and dad and best friend and puppy! If it’s difficult, then it wasn’t meant to be! Since it isn’t easy, we’re probably just not right for each other! I’m pretty sure my soul mate is that hot co-worker in Accounting!”

Marriage has such a high failure rate because most of us are ignorant assholes. We lack a fundamental understanding of what marriage IS NOT, and we demonstrate a complete inability to understand the subjective experience of our opposite-sex partners (I won’t pretend to understand how this might play in same-sex relationships). We make a grave error in assuming that whenever something happens, two different humans observe and interpret it the same. That never happens. Some people like crocheting more than watching football. Some people like tofu salads more than pizza. Some people like polka music more than… well, any music that doesn’t suck.

Any two people are going to view the world differently. That tends to be exacerbated further between the two genders.

The same patterns always emerge between husbands/boyfriends and their wives/girlfriends. He does this. She responds this way. She does this. He responds that way. And all of those choices and responses mixed together end up getting you a shit sandwich with rotting lettuce and divorce mayonnaise on moldy rye, no matter what you intended to order.

People are foolish enough to believe it might work with someone else, so they start sleeping with them, or end their marriage thinking it will all work out with the more-awesome person they’ll get with next time.

But, SURPRISE! The divorce rate for second marriages is actually 17-percent higher! A lovely 67 percent!

That’s right. After gaining all that wisdom and life experience and learning from past mistakes, people get marriage wrong the second time even more than when they were understandably young and stupid.

But some people are wise.

They KNOW, really and truly, how hard marriage is and the level of commitment required to make it last forever. And they WANT to. They’re pretty smart, honest, decent people with the best intentions for their spouse, children, extended family and friends.

And they STILL fuck it up. They neglect their wives emotionally because they’re selfish. They shame and belittle their husbands because he’s different (Read: not as good as) than my father. They let their powerful and hard-to-reign-in human emotions run rampant, constantly pushing one another away because I’m right and they owe me an apology!

‘Is flying solo the best way to go?’

Here’s the toughest thing to swallow about marriage, and what makes finding a great one so rare: It’s INCREDIBLY difficult to find a human being with the strength and discipline required to love their spouse enough to give more to them every day than they ask for themselves.

And even when you do find one? It’s barely half of what’s needed for a marriage to survive. A marriage will NEVER work with one hero trying to do all the heavy lifting while their partner just selfishly derpy-derps their way through life, never sacrificing in return.

Great marriages are unicorns because the ONLY way for them to exist is for TWO PEOPLE to have the unwavering will and discipline to wake up every day, no matter what, and choose to love the person next to them, regardless of how they might be feeling through life’s perpetual ups and downs.

Good marriages are impossible without it.

“Why does my marriage suck?” people wonder. That’s why. Because you don’t give enough, and your partner doesn’t give enough, and your love and respect and kindness for them is conditional. You only treat them well when its convenient and doesn’t require swallowing any pride. And you can’t stop hurting one another because you don’t even know that what you’re doing hurts them. And you don’t care enough to ask.

But look on the bright side, there’s a 33-percent chance you’ll get it right next time! (That wasn’t directed at you, Deanna.)

Deanna. I don’t know whether I’ll ever marry again. No clue. I felt so bad after my divorce, that avoiding a situation in which I might feel that again seemed like a wise play.

I think most people feel that way.

In The Dream World, we would live the rest of our single lives feeling free and independent and having an amazing time pursuing whatever passion, idea or interest popped into our little heads, and we’d die someday old and admired and regret-free as our many friends and family celebrated our life well-lived with champaigne and tequila.

But we live in The Real World.

And in the real world, our hearts and souls (and privates) want to reach out and connect to others. We are confusingly and mysteriously and beautifully wired for connection.

The benefits of happy, healthy relationships, and of love and companionship are well documented. People live longer and better when they have reasons to. For most people, that’s loved ones.

Like crazy European sex parties. And eating cake and ice cream for every meal. And snorting cocaine all the time because it feels so good.

What could possibly go wrong!?

However—and I reiterate that I don’t know, but simply think—figuring out what it takes to make the relationships we naturally crave last a lifetime is a better strategy.

What if we asked:

What do I need to learn in order to be an amazing partner so they always feel loved and want to be with me?

What have I failed to do up to this point that might have helped me choose a partner who wouldn’t want to end our marriage? How can I do better next time?

But, Deanna… if you’ll forgive this one overstep… you and he chose each other not once, but TWICE. (Which is a little bit poetic and beautiful.)

If we already know that marriages to second partners fail more frequently than with our first, and we know our hearts and souls (and privates) crave companionship, and that we are our best selves when we have it, maybe there are better questions:

What can I do today to make ME better?

What could I do today to help save my marriage?

What if doing so changed everything?