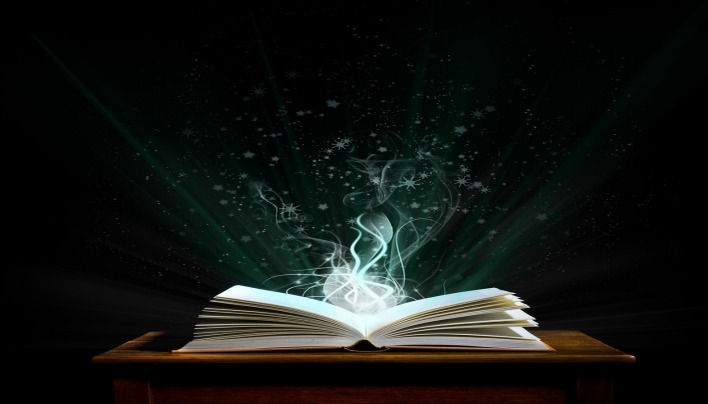 The date came and went without me noticing.

June 21 was the two-year anniversary of my first post here. You can’t read it anymore because I privatized it. I privatized it because I said angry things about my ex-wife. She is my son’s mother and my relationship with her means more to me than having a published account of the worst thing that ever happened to me.

It won’t be long before I start publishing my last name. I will publish books. I want to write for larger publications. I’ll have to use my full name, and protecting people I care about matters to me. Even if they’re just someone that I used to know.

It took two years to get here.

I don’t want to be Advice Guy. That guy is usually an asshole. Plus, I don’t really know anything. If you forced me to offer the world life advice; that would be my contribution: Stop pretending you KNOW anything about anything. You don’t know. And there’s freedom in being honest about it.

There is something about writing that gives you an aura of credibility that you don’t really deserve, but it doesn’t rid you of your responsibility to help when people want it.

I’ve published about 450,000 words here in the past two years. And for reasons that don’t fully make sense to me, some people think that means I know things.

People ask me to advise them on marriage ALL THE TIME. Several times per week, wives email me asking for marriage advice or at least for suggestions on how they might get their husbands to understand the things they believe I do based on what they’ve read.

It happens so often now that I’ve actually looked into acquiring certification for marriage coaching. Because, you may recall, I’m nothing more than one divorced guy who failed at marriage in his only attempt.

I think every marriage reaches a breaking point. And the choices made by each (or either) spouse during that time determines the union’s fate.

I think we grow up seeing all these married people around us, so we’re all programmed from Day 1: When you get older and become an adult, you get married! It’s just what you do!

All we see from these marriages are the masks everyone wears. We’re kids! No one is going to tell us how it really is. That he NEVER says thank you or demonstrates appreciation for all her hard work cooking or cleaning or taking care of his laundry. That she constantly tears him down and never encourages him. That he’d rather jerk off thinking about her cousin or his old college fling than have sex with her. That she spends half her day swapping complaints with her girlfriend about what an inattentive asshole he is while both of them fantasize about one another’s husband.

We send our kids off to school to learn about the World Wars and the Periodic Table and The Old Man and the Sea and about our solar system and Algebra II. And that’s great. We should all be learning things.

But when the kids are 30, clinically depressed and fantasizing sexually or otherwise about other people and other lives because no one EVER was honest with them about what it takes to make marriage work, I have to ask: Are we really teaching people things that matter? How much good is Hemingway and knowing the atomic number for Boron really doing them? When they’re broken and sobbing on the floor?

I think men and women are biologically different to varying degrees, and that, because of a misplaced desire for political correctness, or because people are sexist and believe their gender is “correct” or “better,” very few people ever bother to learn about gender differences.

So guys walk around their entire lives thinking women are overly emotional and crazy.

And girls walk around their entire lives thinking men are dense and are only motivated by competition and sex (but mostly just sex).

Guys think that over time, women will come around and “get it.” Start thinking “the right way.” Like a man!

Women think that over time, their man will come around and “get it.” That he will finally start understanding her and seeing her for who she truly is. The he will start thinking and communicating and doing things “the right way.” Like a woman!

No, we all hurt too much from that mean thing he said.

We all hurt too much because she is so disrespectful and makes us feel like failures.

Resentment grows. Communication lessens. Sexual interest and attraction fades. You grow apart and die on the inside.

THIS IS THE SAME THING THAT HAPPENS TO EVERYONE. You’re not a freak. None of it’s good. But it is normal.

I am so sorry that I don’t know how.

My advice on writing is infinitely shorter.

1. Read writers who write how you want to write. Also read other things. Basically, just read. A lot.

2. Write often. Use fewer words than me.

3. Bleed when you write. (It’s a metaphor. Please don’t cut yourself.) Write about things that frighten and embarrass you. That sadden or anger you. Because you need to learn (and constantly be reminded of) something really important: We are all super-similar and you are never the only one. And you get to be the brave one that helps people realize that simple, but sometimes life-changing truth. Don’t take it for granted.

4. Take off the mask. You spend every second of your life trying to be who you think your parents, friends, boss, kids, lover, neighbors, or whoever, want you to be. It’s exhausting trying to be so many people and we always fail at it, because it’s hard enough just being one person. Always be you. It organically filters out all the people you don’t want in your life without exerting any energy. And it organically attracts all of the people you do want to be part of it. And it makes you come alive. This is hard to do in real life, even though we should try. But dammit, you better do it when you’re punching the keys. Make courageousness a habit.

Writing allows me to see myself differently.

So that I can grow and change and think and love and share and be better today than I was yesterday.

All it takes is a willingness to leave a tiny imprint of your soul in the words. Bare and vulnerable.

Not everyone will care.

And that’s where the magic lives.