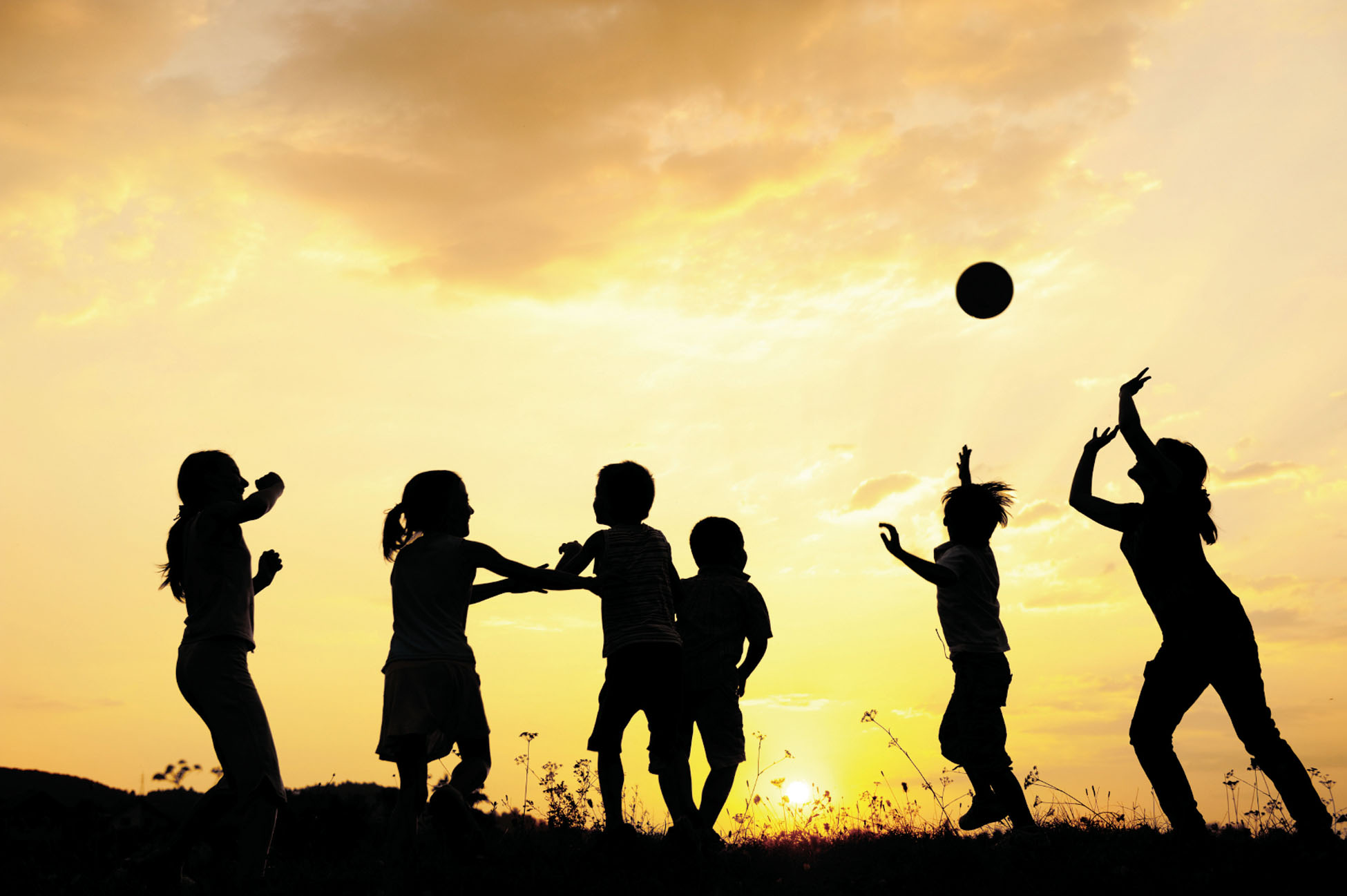 Because I was an only child, I often found myself meeting and playing with new kids.

No one cared about how much money your parents made. Or what clothes you were wearing. Or the color of your skin. Or where, or if, you went to church.

You only knew you were both kids and playing is fun. So you both played.

We all wanted to be older. To not have anyone telling us no. To have our own money to buy things. To stay up as late as we wanted. To watch big-people shows. To sit at the adult table for holiday dinners.

No one at the kids’ table understood that life was never better than it was right then.

We all grow up and wonder why we never appreciated how good we had it.

Why Are Kids So Happy?

Someone smarter than me can probably put this in more academic terms.

But it’s because the kids don’t know about all the shit, right?

Before some grouchy, sad adult drops the hammer and makes them quiet down or stop running or go home and take a bath before bed because we have very important adult things to do tomorrow!

When Do We Lose Hope?

What’s the thing that has to happen for people to do that?

What’s the series of events that turns the child who believes she’s going to fly to Mars, or be elected President, or be a professional athlete turn into a resigned 9-to-5er who believes: “This is just the way it is!”?

We get older and we get scared. We’re afraid to move because we got divorced or because we lost a job or because things didn’t turn out the way we thought they would. Because we think we’ve disappointed our parents or our friends. Because we reject grace and forgiveness because we kind of want to carry the pile of shit and guilt and fuckness as some sort of self-imposed punishment.

People feel trapped in their lives and they think they’re ruining it for their children or their family and friends and I’ve already done enough damage! and now it’s just a bunch of self-loathing, disappointment and fear. They’re afraid to cause any more harm.

They’re afraid to take the leap.

The Thing About Data Samples

We’re not going to debate climate change. Like almost every subject my brain has ever encountered, I.don’t.know and I’m never going to pretend I do. You don’t either. We just have a lot of guesswork. Some of them are probably right.

Anyone interested in intentionally damaging the planet is an asshole. But let’s not pretend we have a particularly good data sample size to make our impassioned political judgments and arguments in either direction.

The planet is 4.5 billion years old.

Humans started recording temperatures in 1850. We didn’t get tropospheric readings (from weather balloons and satellites) until 1950.

Now I want you to think of the entire history of the earth as ONE YEAR. Pretend the Earth was created on Jan. 1, and today in 2015, we’ve now completed one year of the planet’s existence.

The data we have on climate so far is the equivalent of about the first full second between midnight and 12:01 a.m. on that first day. (A good mathematician can come up with a more-accurate analogy, but the point will stand.)

You want to bet everything on your what-will-happen-next prediction based on a second of data?

Even if you’re someone who doesn’t believe in an afterlife, you still believe that energy never goes away (or should because it’s indisputable).

What happens to our consciousness remains up for debate by skeptics and the faithful.

But our energy is immortal and never-ending, no matter what.

And if there’s an afterlife? All this shit and guilt and fuckness we feel here isn’t going to mean a damn thing in a little bit.

How much of our lives have we really lived to know what’s going to happen next year? Next month? Next week?

Or one minute from now?

I hear all these stories from people. Beaten up by life. And now, they’re out of options! There’s absolutely nothing that can be done to change things. This is just the way it is.

This is not just the way it is.

We age and often feel shittier but some things ARE better now. All you need is one young child or the opportunity to spend time with one to feel better about your decision-making capabilities as an adult with a functioning brain.

Two days ago, I watched my son roll around on a dirty floor at his school with a bunch of his little friends and drop two donut holes from a paper plate onto the floor. About 10 seconds later after rolling around in Kids AIDS, he picked them up and ate them. Then he walked over to a table where drinks were set out and tried to mix white grape juice with orange juice. I’m convinced my interference is the only thing that prevented total disaster, and a shitty breakfast drink from being invented.

We have good brains and we should use them.

We’ll look to the kids, not for lessons on beverage mixing, but on how to get along with people and laugh more often.

What’s stopping us from laughing and playing more? From not evaluating peers based on how much money they have or what their skin color looks like or who they choose to hang out with?

What’s stopping us from reaching for the stars with faith like a child?

We are not who we were yesterday.

Bad things happened to us. We did bad things. And we carry all that with us like luggage strapped to our backs and now we can’t be kids anymore because of the guilt luggage.

But we can get new luggage. Empty things waiting to be filled.

Yesterday does not get to decide who I am today.

Yesterday damn sure gets no say in who I am tomorrow.

You get to wake up every day and decide how you’re going to spend your time.

About whether you’re going to do something fun or productive or helpful or good or uplifting.

About at what table you’re going to sit at holiday gatherings.

About whether you’re going to do something with your life that sets your heart on fire and changes everything.