The Secret to Life and Marriage 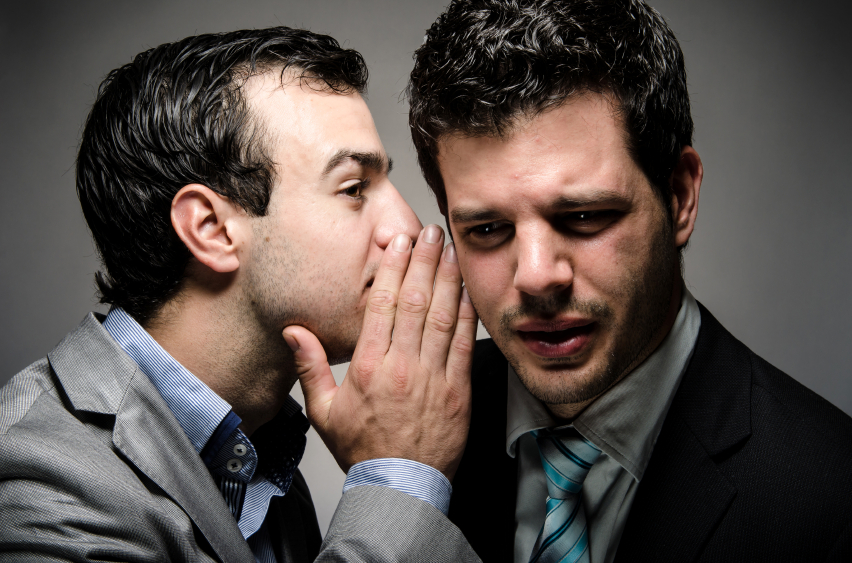 It’s a dull, pulsing pain that starts in my stomach and runs to the bottom of the back of my head between my ears.

I can’t find my smile.

It’s stress. A physiological reaction to anger and perhaps my least-favorite way to feel.

Don’t forget to breathe. In, then out. And again.

If you had EVERYTHING in the world you ever wanted, but felt this way on the inside? How long could a person make it? Not long for me.

It’s poisonous. Anger. And we feel it a lot. We make others feel it.

My marriage ended because of anger. My entire life circumstances—my entire reality—dictated by the net results of angry people doing angry things.

We are. Perhaps me more than others. But—and this is VERY important to me and I’ll defend myself and others with it until my last breath—I try.

In a candid moment. When no one’s watching. When it’s just me inside my head left to make whatever choice I want: I choose kindness. I intend to be good to others, even when it’s hard.

I don’t know if that makes me a good person. But I hope it makes me close.

When I’m angry, only two things work to make it go away: love and laughter. Staples of a life brimming with kindness. A life worth chasing.

I want to know what motivates people to intentionally choose unkindness and I want to know why, even though it has been documented ZERO times in human history to benefit anyone, people choose abrasiveness in their human relationships at home or at work or in some other facet of their lives.

My favorite writer James Altucher has written repeatedly about how he has cut out of his life every person who makes him feel bad on a regular basis. How peace and contentment are so hard to achieve when constantly dealing with emotional vampires.

If people don’t pass the Vampire Test? Stake their asses and walk away.

It’s a fair and difficult question. Because there are many examples in life of people being tied too closely together to simply cut the cord and walk away.

In my search for answers, I kept coming back to marriage.

Why do people have so much trouble loving the people they forsook all others to love forever?

I found something beautiful and important and insightful when I stumbled on a great piece in The Atlantic called “Masters of Love” published about six months ago.

You should read it in its entirety because it’s better than this blog post. But I’d like to explore the highlights, and hopefully by doing so they’ll become more ingrained within me. And maybe moving forward it can help me be a more patient, wiser, better human being.

According to Ty Tashiro, author of The Science of Happily Ever After, only three out of 10 marriages remain happy and healthy.

You read that right: 70% of marriages either break or turn miserable and dysfunctional. Think we might have a problem with kindness and anger?

Psychologists John and Julie Gottman run the New York-based Gottman Institute—an organization dedicated to helping couples achieve loving, healthy marriages through science. They did some homework on this kindness thing.

From The Atlantic story:

John Gottman began gathering his most critical findings in 1986, when he set up “The Love Lab” with his colleague Robert Levenson at the University of Washington. Gottman and Levenson brought newlyweds into the lab and watched them interact with each other. With a team of researchers, they hooked the couples up to electrodes and asked the couples to speak about their relationship, like how they met, a major conflict they were facing together, and a positive memory they had. As they spoke, the electrodes measured the subjects’ blood flow, heart rates, and how much they sweat they produced. Then the researchers sent the couples home and followed up with them six years later to see if they were still together.

From the data they gathered, Gottman separated the couples into two major groups: the masters and the disasters. The masters were still happily together after six years. The disasters had either broken up or were chronically unhappy in their marriages. When the researchers analyzed the data they gathered on the couples, they saw clear differences between the masters and disasters. The disasters looked calm during the interviews, but their physiology, measured by the electrodes, told a different story. Their heart rates were quick, their sweat glands were active, and their blood flow was fast. Following thousands of couples longitudinally, Gottman found that the more physiologically active the couples were in the lab, the quicker their relationships deteriorated over time.

But what does physiology have to do with anything? The problem was that the disasters showed all the signs of arousal—of being in fight-or-flight mode—in their relationships. Having a conversation sitting next to their spouse was, to their bodies, like facing off with a saber-toothed tiger. Even when they were talking about pleasant or mundane facets of their relationships, they were prepared to attack and be attacked. This sent their heart rates soaring and made them more aggressive toward each other.

The masters, of course, were physiologically calm and steady.

Gottman wanted to know how the masters had achieved the emotional state of being that allowed the relationship to thrive even during difficult times, so he conducted another experiment.

He designed a lab to look like a beautiful bed and breakfast retreat. There, he observed 130 newlywed couples doing what couples do on vacation—cooking, eating, chatting, hanging out, playing games, etc.

Then Gottman discovered something I’ve never heard anyone talk about before as a predictor of marital success, but it makes perfect sense.

Throughout the day, partners would make requests for connection, what Gottman calls “bids.” For example, say that the husband is a bird enthusiast and notices a goldfinch fly across the yard. He might say to his wife, “Look at that beautiful bird outside!” He’s not just commenting on the bird here: he’s requesting a response from his wife—a sign of interest or support—hoping they’ll connect, however momentarily, over the bird.

The wife now has a choice. She can respond by either “turning toward” or “turning away” from her husband, as Gottman puts it. Though the bird-bid might seem minor and silly, it can actually reveal a lot about the health of the relationship. The husband thought the bird was important enough to bring it up in conversation and the question is whether his wife recognizes and respects that.

People who turned toward their partners in the study responded by engaging the bidder, showing interest and support in the bid. Those who didn’t—those who turned away—would not respond or respond minimally and continue doing whatever they were doing, like watching TV or reading the paper. Sometimes they would respond with overt hostility, saying something like, “Stop interrupting me, I’m reading.”

These bidding interactions had profound effects on marital well-being. Couples who had divorced after a six-year follow up had “turn-toward bids” 33 percent of the time. Only three in ten of their bids for emotional connection were met with intimacy. The couples who were still together after six years had “turn-toward bids” 87 percent of the time. Nine times out of ten, they were meeting their partner’s emotional needs.

According to The Atlantic, Gottman can predict with 94 percent certainty whether couples—gay or straight, rich or poor, with kids or without—will be together and happy, together and miserable, or broken up several years later.

Was my divorce a foregone conclusion?

That’s a hard idea to stomach.

Contempt is the number-one factor that tears couples apart, the researchers said.

People who are focused on criticizing their partners miss a whopping 50 percent of positive things their partners are doing and they see negativity when it’s not there.

“There’s a habit of mind that the masters have,” Gottman told The Atlantic, “which is this: they are scanning social environments for things they can appreciate and say thank you for. They are building this culture of respect and appreciation very purposefully. Disasters are scanning the social environment for partners’ mistakes.”

“Being mean is the death knell of relationships,” The Atlantic’s writer Emily Esfahani Smith wrote. “Kindness, on the other hand, glues couples together. Research independent from [the Gottman’s] has shown that kindness (along with emotional stability) is the most important predictor of satisfaction and stability in a marriage. Kindness makes each partner feel cared for, understood, and validated—feel loved.”

It’s hard to be kind when you’re pissed.

But it’s also when it’s most important.

To walk the walk under the most trying of circumstances. That’s what separates the strong from the weak.

INTENTION is a very important concept. One that should be used to fairly evaluate every situation and person involved.

It made me feel good to see these renowned researchers agree:

“One way to practice kindness is by being generous about your partner’s intentions. From the research of the Gottmans, we know that disasters see negativity in their relationship even when it is not there. An angry wife may assume, for example, that when her husband left the toilet seat up, he was deliberately trying to annoy her. But he may have just absent-mindedly forgotten to put the seat down.”

Another breath. In, then out.

Everything’s going to be okay.

And then I find my smile again.

17 thoughts on “The Secret to Life and Marriage”