Wanting What You Can’t Have 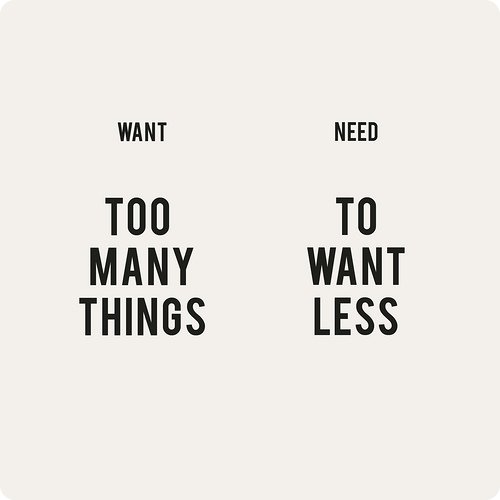 More than half of our marriages fail already. Some of the ones still intact are brimming with misery. Others are ticking time bombs.

The human condition is a real bitch.

Because sometimes we really want things we can’t have, and other times, we lose interest in the things and people we do have.

It’s a condition that creates a perpetual cycle of never feeling satisfied.

A condition that makes people want to have sex with people they shouldn’t.

A condition that causes feelings of boredom in people who have already achieved goals or acquired the things or people they want.

A condition that makes us profoundly unhappy.

Because we lose no matter what.

We either never get what we want. Or we do, and then it’s not as great as we thought it was going to be.

Like the thirsty man who drinks from the sea to quench his thirst. Only to become more and more thirsty. And die.

So much love and beauty. And so much ugliness and savagery.

We feel compelled to acquire or are attracted to things we can’t or shouldn’t have.

Some think it’s in our DNA.

My friend’s wife is cheating on him and he knows it.

While a bunch of cute little kids played in a nearby room the other night, oblivious to the challenges and occasional horrors of adulthood, I sat in a room with several adults, including the cheater, and everyone there knew, but she didn’t know we all knew.

It was more uncomfortable than the time a girl I was sort-of dating for a few months came to my son’s birthday party (because her son and mine are friends), and within 30 minutes of the party ending, receiving text messages from both her and my ex-wife telling me how impolite and unpleasant they both considered the other to be.

At least that was kind of funny.

I know about many instances of people wanting to sleep with (or actually sleeping with) people they shouldn’t.

One time I got an email from a reader because they discovered one of my commenters was engaged in an extramarital affair because they’d written about it on their blog. The concerned reader didn’t think it was cool that this person was commenting on my posts about healthy marriages.

Fair enough, I guess. I try not to judge.

The older I get, the more I learn just how human everyone is. It doesn’t excuse reckless, abhorrent or irresponsible behavior, but I’ve grown to understand it’s all part of the deal.

Once you learn there’s no Santa Claus, it’s a lot easier to see things for what they really are.

Everyone is going to mess up. EVERYONE. No exceptions. And I think the real beauty is with all the people who try really hard, and all the great redemption stories that emerge from the messiness.

Why do we want things we can’t or shouldn’t have?

A bunch of reasons, according to people smarter than me.

A lovely human being from the other side of the world introduced me recently to Dr. Helen Fisher, a biological anthropologist at Rutgers University, considered among the world’s top experts on romantic love. Fisher says that levels of dopamine—the brain chemical that makes us feel happy and sense pleasure—actually increase as we wait for something we want. Essentially scientific proof that anticipation is often greater than the thing we’re looking forward to.

Another big part? Simple curiosity. Psychologist George Lowenstein’s Information-Gap Theory suggests people feel compelled to take action to bridge the gap between what we know and what we want to learn.

An Elite Daily article cites a study published by the Journal of Experimental Social Psychology which I think is pretty telling:

“Women were presented with a photograph of their potential dream man. Half of the women were told their Mr. Right was single; while the other half were told he was in a relationship. The photographs were the same across all participants.

“Though 59 percent were interested in pursuing the single guy, that figured jumped to 90 percent when they were under the impression he was already in a committed relationship.”

Since getting divorced and falling apart and putting most of me back together again, I’ve taken a greater interest in human psychology. I’m fascinated.

Why do most criminals tend to already have criminal records?

Why do we procrastinate?

Why are we so afraid to tell people what really goes on under the masks we wear?

We get confused a lot. But when you break it all down, all any of us really want is to be happy.

But much of the time we do things that are counter-intuitive to those efforts.

Those politicians don’t want to hurt their families. Or their candidacy. Or disappoint their colleagues. Or friends. Or constituents. They’re just human. That’s the one thing you can always count on people to be.

I think people can be infinitely better at marriage than they are. And I think mindset has almost everything to do with it.

It’s the reason I felt like my house was a prison when I wanted more money and a bigger place, and the reason when I thought I might lose it after my divorce that I’m so grateful to live there now.

It’s the reason I used to spend hours watching television alone or playing online poker while my wife was sitting alone in another room of the house, and the reason all I wanted to do was spend every second with her the minute I realized she didn’t love me or want to be married to me anymore.

We’re a bunch of freaks. I mean, maybe it’s just me. But I really think it’s everyone.

I’ve made lifestyle changes over the past few months to help me look and feel the way I want to look and feel. Healthy eating has been part of that. I don’t eat ice cream and brownies and cake and drink a bunch of beer because I don’t want to gain weight or sabotage my daily workout efforts.

I think people are smart enough to figure it out if they take a few minutes to mentally walk through it: When you first meet people, you feel attracted. You’d run through walls for them. On your mind constantly. But even as your love grows for them over the years, monotony and boredom and taking them for granted sets in.

Before long, while you’re sitting around feeling dissatisfied and unfulfilled in your life and relationships, other people make you feel like your spouse used to. Because they pay attention to you. Because they think you’re smart and funny and attractive. Because they want you.

I wonder why some people think if they go have a long-term relationship with this new person that the cycle won’t continue.

What goes on inside their hearts and minds that makes them believe everything will be different with someone new? Why don’t they know it’s going to wear off? That if they don’t choose to love, they’re always going to feel unfulfilled?

Isn’t having sex with people you’re not supposed to a bit like indulging in Halloween candy while trying to get physically fit?

19 thoughts on “Wanting What You Can’t Have”