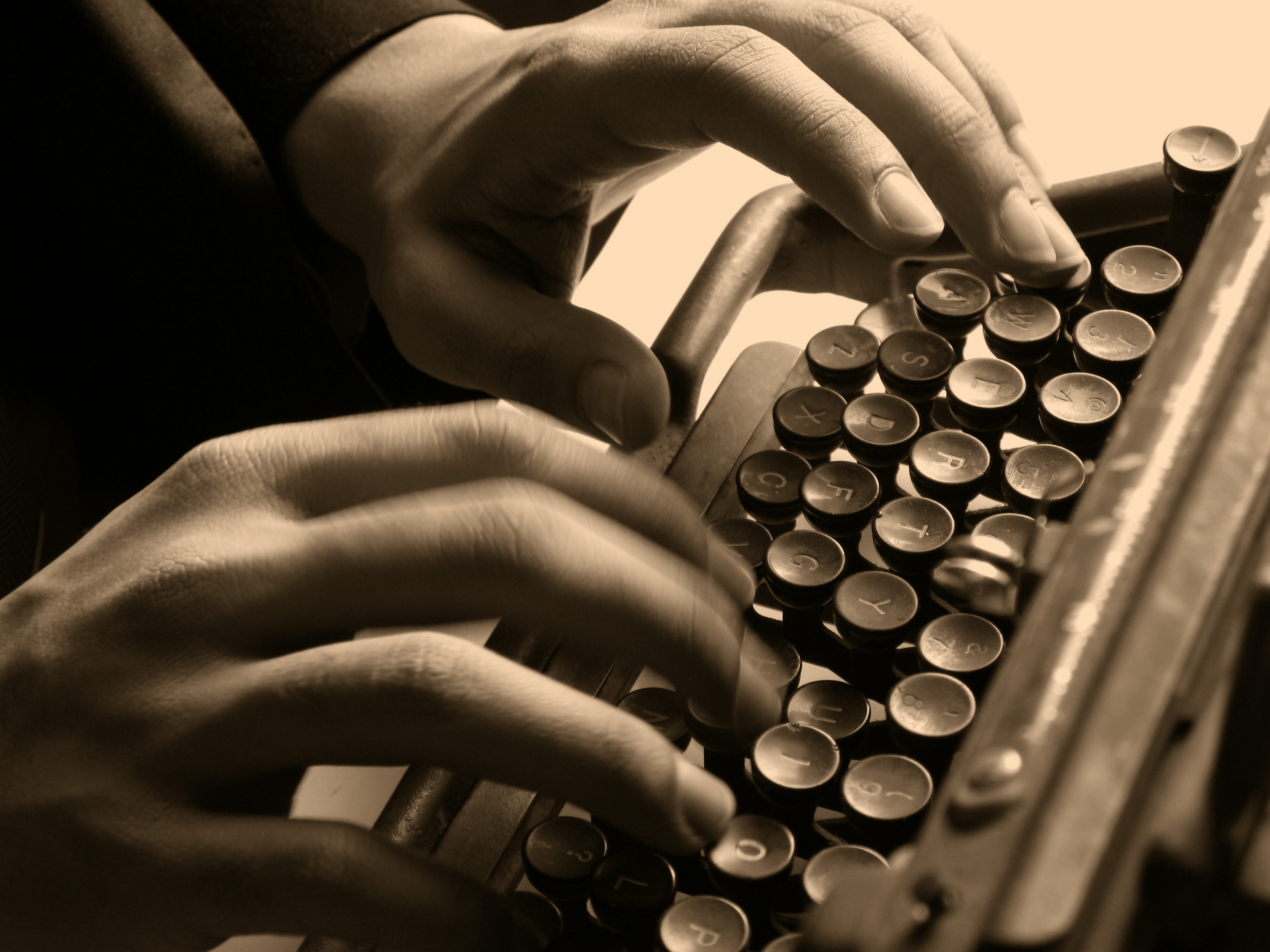 I will never be as intelligent as Neil deGrasse Tyson or Stephen Hawking.

I will never throw a football as well as Peyton Manning or dunk a basketball like LeBron James.

I lack the physical prowess, mental aptitude and genetic resources necessary to be a great athlete or a genius astrophysicist.

But I look down at these keys I punch expertly like an old pro: 26 letters, 10 numbers and a handful of symbols.

That’s all there is.

And my fingers dance. A beautiful sound I fell in love with during my days in the newsroom. An orchestra of tapping. The sound of a thousand word choices being made simultaneously in the great exchange of ideas.

One of my biggest childhood regrets is that I never learned how to play an instrument. I’ve owned two guitars, pianos and keyboards, and a full drum set. And other than some average-at-best trumpet playing in middle school, I’ve never been able to make music—something I love very much.

I have a mother and sister who are both very talented, musically.

The modern QWERTY standard keyboard has been around since 1878. I once made the keyboard a metaphor for dating after divorce. It totally worked.

That’s how long everyone has had to get to know these keys: 136 years.

I haven’t taken any polls, but my guess is there is a higher percentage of proficient typists living in 2014 than there’s ever been given that so much of our time is spent in front of computers or mobile devices all using the same keys.

I just look at it. It’s simple genius. My brain completely ill-equipped to understand how I’m able to punch all these keys in exactly the right order to make each sentence. Endless possibility. That’s what this device represents. A world without limits.

This is the keyboard used by William Shakespeare, Edgar Allan Poe and the New Testament Gospel writers. (Just kidding.)

But it WAS used by Mark Twain. By George Orwell and Hunter S. Thompson. By Charles Bukowski and Jack Kerouac. By Ernest Hemingway.

It was also used by Mark Zuckerberg to create Facebook. By Bill Gates to create Microsoft. By Larry Page and Sergey Brin to create Google.

Just look at the keys in front of you.

Punch these buttons one way, and you have Not-So-Bright-Internet-Message-Board Guy: “wtf your a idiot every moran know the knicks goin all teh way !!!!!111!!!!11!!!”

Punch them another and you end up with my drivel.

And you don’t have to be the strongest. Or the fastest. Or the smartest. Or the best. You just need to have the keyboard and be brave enough to tap it. Disciplined enough to rewrite. And courageous enough to ship it.

The internet has made it easy. And we have no more excuses.

You have a song to write that will stir our insides.

An idea to share that can help change the world.

A story to tell that might save a life.

I am a musician.

This keyboard, my instrument.

Calling you. Calling me.

25 thoughts on “The Level Playing Field”