The Science of the Heart is Sometimes Lost on Me 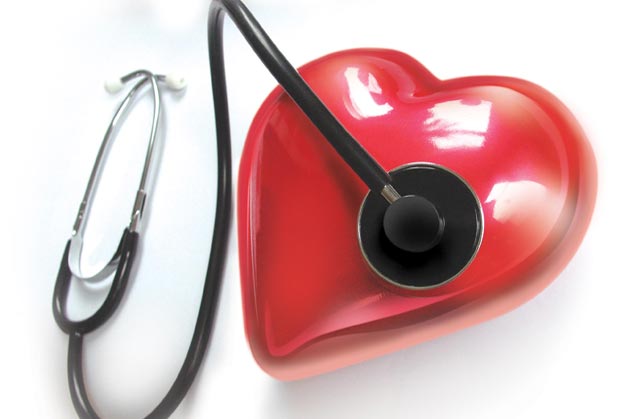 I used to make my wife cry because I treated her like her feelings weren’t important.

“Just because you feel that way doesn’t make it true,” I would say like an asshole.

This is an example of being both right AND wrong at the same time. Because, sure. I was right.

Just because someone accuses you of being mean and intentionally trying to hurt their feelings doesn’t mean that’s actually what happened.

In this situation, does the “truth” even matter?

If the woman I vowed to love and cherish forever literally felt as if I was sometimes being mean or hurting feelings to the point of making her believe it might be intentional, or at best, recklessly indifferent, does it even matter what my intentions were?

Someone levels a charge. It stings because the accusation suggests you’re doing a shitty job of being a spouse/friend/employee/parent/student/teacher/player/coach, etc.

So you get defensive because you’re always trying your best, which is the most anyone can ask for. Right?

Your Best + Empathy = Your Actual Best

I didn’t learn how to empathize with my wife until she totally shut down and flipped the script on me during the final stretch of our marriage. She felt as if I had been indifferent and unresponsive to her opinions and emotions for several years. And then I got a taste of it myself.

It tastes like sulfur soup mixed with drunk-guy vomit and asshole sprinkles.

I wonder: How many marriages end because one partner keeps feeling hurt over and over and over, and the other seems like they don’t care even if they actually do?

I’m guilty of having said more than once (and meaning it) that “feelings are bullshit.”

So, when we’re talking about marriage and divorce, I’m sometimes of the opinion that feelings are bullshit.

If you actually got married, I assume the former.

It means you’re the kind of person who doesn’t want to spend your life alone. I think most of us get that.

And if you’re that kind of person, you’re going to be with someone, sooner or later.

I don’t think it’s sensible to assume that simply changing partners is going to bring the feelings of lasting love, security, peace, happiness, contentment, sexual satisfaction, that most of us seek.

In fact, I think changing partners without a thorough self-reflection process that forces you to look in the mirror and ask the really uncomfortable question: “What did I do to help destroy my marriage?”, means that you’re pretty likely to keep having relationship problems until you do.

So, I stand on my soapbox and scream for people to realize: Love is a choice.

If you’re going to be with someone anyway. And you accept the premise that no two people are going to feel all lusty and infatuationy forever, then I think there’s a time for leaving emotion at the door and waking up every day and making a choice: Today, I’m going to love unconditionally without expecting anything in return.

One person walking that walk alone cannot and will not save a marriage. By definition, a marriage is two operating as one. And half of that can only carry it for so long before collapsing. You need both people to care.

But I sometimes wonder how many relationships would be saved if just one person (and I’d like it to be the husband) would make the very challenging, very heroic decision to sacrifice that much. To love that much.

And change the whole world. Maybe for everyone. Or maybe just for one small family.

If you’re part of that family, there’s no difference.

I Don’t Want to Lose My Empathy

I used to cry a lot. I don’t know what that makes me. Not very tough?

I mention it because I’m, historically speaking, not the biggest crier in the world. In fact, I used to be fairly stoic. I haven’t decided whether I think that’s good or bad.

When I was in my early 20s, I got absolutely obliterated on beer and sparkling wine at my best friend’s wedding and cried afterward because I had to say goodbye to everyone and go back to Florida where I missed them a lot. It was embarrassing.

When I was in my late 20s, my mom called me one afternoon to tell me she was leaving my stepdad who I’d known since I was 5. All the sudden I felt like a kindergartner again and cried just like I did back when my mom and dad got divorced.

And then in my 30s, there I was again. Crying. Because of divorce. My own.

I know what it’s like to be a child of divorce. Twice.

I know what it’s like to be a husband getting divorced.

I know what it’s like to be a father watching his young son deal with his parents’ breakup.

That’s empathy. And it manifests itself the best when I feel.

It’s this empathy that made me a better person in the wake of my failed marriage and as I’ve grown and evolved into whatever and whoever I am right now.

And while I’ll never celebrate the end of my family, I’ll always feel grateful for that metamorphosis which gives me a chance to be a better man moving forward. A better father to my son. A better partner to anyone who might one day grant me the opportunity.

The constant refrain from people close to me following my separation is that no one saw it coming. Time and time again, I heard how we seemed like the perfect happy couple. The couple others aspired to be.

No, Virginia. There is no Santa Claus.

I believe strongly in all this stuff. Passionately. That we don’t need to break as much as we do. That our relationships—the very foundations of our human experiences—can be fortified and last forever just like all those Happily Ever After princess stories we’re fed in our youth.

It just take guts. More guts than most of us have when we FEEL so horribly.

We have two choices.

We keep doing what we’re doing. Throwaway marriages built on wedding vows we either betray or never really meant in the first place.

Or we get serious about changing ourselves. On the inside.

About giving more than we take. Every day. Forever.

Because how we feel IS what’s real for each of us. And if we can learn to be empathetic enough—courageous enough—to love others on their terms and not on ours, maybe we’ll get the same treatment in return.

And then maybe a bunch of things won’t break.

And then maybe a bunch of kids smile and laugh and play more, family intact.

And then maybe we don’t eat so much sulfur soup mixed with drunk-guy vomit and asshole sprinkles.

And then maybe the whole world changes.

And it didn’t take a miracle.

It just took you.