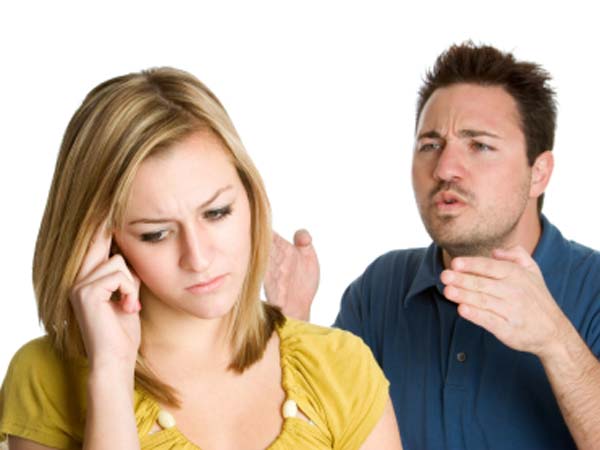 Boys and girls grow up pretending to not like each other while playing together on schoolyard playgrounds.

The Boys vs. Girls theme runs strongly through the elementary school social culture.

When we’re children, we seem to confuse common interest with friendship. Boys are mean! Girls are silly!

We wanted to be accepted by our peers, so most of us tucked ourselves neatly into these stereotypical gender roles. As we aged, we watched what the older kids were doing and we paid attention to the boy-girl relationships playing out on television which helped us morph into whatever we are today.

In many cases, despite our obvious differences, men and women tend to like one another. Many of the decisions we make are centered around the idea of partnering up with, and having sex with, those we find most attractive.

A conversation that has happened on every park or playground in the history of mankind:

Male Friend 1: “Ooooooooohhhh! You like her!” sings mocking song

Then, the next time Male Friends 1 and 2 are with the girl, Male Friend 2 will make fun of her and be kind of mean to her to show off to his friend and demonstrate that he doesn’t “like” her. Also, because first and second graders don’t understand gallantry or charm, boys often resort to playful mocking as a means of flirting with the girls they do like.

[NOTE: 4/22/2022 – I haven’t seen any of these shitty husband posts for, like, seven or eight years. I want to apologize for the Mars/Venus framing, which I don’t find extraordinarily useful today. I think there are more effective ways to think about male-female partnership — or honestly any two people regardless of sex/gender. I hope you’ll explore newer content — particularly my book “This is How Your Marriage Ends” for a much more modern, useful way to discuss and think about these harmful relationship dynamics. – MF]

Men and women are DIFFERENT. Totally not the same make up and inner workings. I’m absolutely convinced the reason we have a 50-percent divorce rate is because so many men and women don’t take the time to learn HOW they’re different and what they can do to bridge those differences and overcome them.

Male friends make fun of one another. Just for fun. Because we like each other. Why? I don’t know. We. Just. Do.

All the time. Almost daily. Even the nicest of us sit around playfully mocking one another.

No. It doesn’t. Because most guys seem to innately understand that it is being done BECAUSE we are accepted as part of our social group. It is not a display of hate or rejection.

When the females in our lives take our verbal jabs as personal attacks and react emotionally, we get confused and assume they must be hormonal, crazy and imbalanced since everyone else seems totally cool about it.

“How can you treat me that way in front of your friends? Don’t you love me?”

“It was a JOKE! Of course I love you! I married you and would do anything for you.”

“Then please don’t be mean to me.”

“You’re overreacting. Why can’t you take a joke like everyone else? We were all laughing!”

I think I’ve had that conversation, or one just like it, dozens of times. You’ll notice there was no sincere and heartfelt apology in there to the offended party.

If I ever hurt the feelings of a stranger or one of my friends’ wives or girlfriends, I would have gone to great lengths to try to rectify the situation and make sure it never happened again.

I am guilty of thinking my wife was overly emotional. Of feeling like she misunderstood me and punished me based on false premises. I am guilty of not respecting the pain I caused. Of attempting to invalidate her feelings to avoid accepting responsibility. Of not sincerely apologizing for causing pain and never doing it again.

Despite feeling like my wife was the most-important person in my life, I never demonstrated that in my day-to-day behavior.

I don’t think I can overstate the following: Many times, men have no idea they’re hurting and upsetting the women in their lives EVEN WHEN the women tell them so, because it makes absolutely no sense to the man that the thing that happened could have caused pain.

It makes men dense and stupid, sure.

However—how many times can she say it before it sinks in? How many times does she have to tell you before you’ll actually believe the words she’s saying?

At what point are you being willfully negligent?

One of my female friends who is also going through separation and divorce married a shitty husband like me. Not a bad man. Just a guy who is bad at marriage.

Because I’ve heard so many stories about him, I knew he was the belitting-your-wife type.

The type of guy to not worry about facts in a debate. He’ll simply tear down and invalidate the person he’s debating in order to win. Even if it’s his wife and the mother of his children.

I asked her to give me some examples of things he would do to make her feel stupid and invalidated.

My family is all sitting around the brunch table. We are talkers—philosophers and theologians and writers. We discuss politics, theories and ideas. My husband doesn’t like this. He finds our discussion annoying and refuses to enter in the conversation. The truth is—he probably isn’t capable intellectually but that’s okay. No one is pushing him. As the topic rolls around to the inevitable “Why are we here?”-type questions, he starts to roll his eyes. But I love this part of debate and get excited to speak. As I’m explaining my thoughts to my family, he cuts me off. “Isn’t she hilarious?” he mocks. (I’m instantly furious that he addresses me as “she” but let it slide.) He continues: “I try to tell her there isn’t some big, grand life to be lived… ha ha ha. She has so many ideas about fulfillment and striving for some greater good! Ha! This is it, hon. This is your life! There isn’t some great thing out there you’re missing out on! Ha ha ha!”

My whole family stares at him… Did he really just belittle me like that in front of everyone? Yes. Yes he did. No one knew what to say. He’d done it so many times before but never this blatantly.

Some men think it’s a joke. To tease, mock, belittle, make fun of their wives in front of others. It’s not funny. In fact… it makes women feel so so so worthless and lonely and stupid. It made me feel like that, anyway.

To feed into stereotypes that women nag, are bossy, spend money irresponsibly, are sex objects, are only good for cooking/cleaning, etc… to feed into that is to erode the heart of who a woman truly is.

Things that can be said include:

“Well, I’ll have to check with the boss before I can let you know.” (Meaning the wife is in charge of him and all he does… probably somewhat true because she has to be his mother.)

“Did you spend all my money at the store today?” (All his friends laugh like I’m some bimbo-shopping wife. WTF? It’s our money and I am the only financially responsible person here!)

“I don’t have to worry about forgetting anything. She wouldn’t let me! Ha ha.” (Nag implications)

“Why would I pay for her to go to law school? She already has her hands full with the house and the kids! How on earth do you think you could pull all that off, honey?? She gets too ambitious. Ha ha!!” (Implying that 1, the money is all his again, and 2, I’m stupid for even thinking I could accomplish such a thing.)

I really think men who get their kicks from saying these types of things actually aren’t joking all that much. I think, to a certain extent, they truly believe this. And I think that is why it takes away from who their wife or girlfriend really is. If one is so wrapped up in thoughts like this… are they even thinking about the real, live woman in front of them? Who is she really? Do they even know? Chances are she doesn’t think it’s funny to joke like this. BUT, then again, chances are he doesn’t even know that.

Would she ever nag you?

Bitch about you to her friends?

Make you feel ashamed or disrespected?

Would she ever tell you you’re not good enough? If you gave it your actual best effort?

We spend so much time reacting and responding to others rather than going first. Rather than being the example.

I think maybe if everyone treated their partners (and maybe others) with love and kindness without the expectation of receiving it return, that the world would change overnight.

There are a bunch of us out here who already learned things the hard way or figured it out on our own: Don’t act like a bag of dicks.

And if you, Shitty Husband, figure it out soon enough, she won’t leave you to be with one of us.

So I know you can do it.

And I’ll continue to root for you.

73 thoughts on “An Open Letter to Shitty Husbands, Vol. 8”