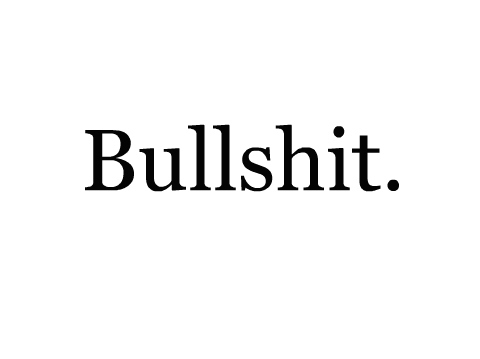 “I don’t think it’s a wife’s responsibility to make husband understand what he should know, he is not a teenager anymore, he doesn’t need to make her wife another mother to him and should grow up and be a sensible adult. It’s not a wife’s duty to educate her husband. It’s not that he doesn’t understand, it’s that he DOESN’T want to understand, and to me it seems a very stupid way to ruin your own marriage like that. If that’s my husband who still needs me to educate him this and that, I would rather get a clean divorce from this man, to save myself some trouble. Men need to understand that she is your WIFE, NOT your MOTHER, don’t turn your wife into your mother and then blame her for not treating you in a way of a supposedly wife. I’ve seen too many men doing this and then whining about their wife and their marriage.

Please guys, you all can do better than this, don’t wait for your girlfriend or wife to repeat themselves a thousand times and get disappointed eventually, you all can do the education by yourselves and stop making her feeling she has to leave. She doesn’t have an obligation to educate her man, but she does have to take full responsibility to live a happy life, even if that means a divorce for her.

I really hope all women, regardless of each of our marital status, to know that we have the obligation to our happiness in life, and it’s our own responsibility fully. Maybe your boyfriend or husband makes you sad, but it doesn’t mean you can’t live happily ever again. Sometimes marriage just isn’t the solution. We are the solution to a happy life.

I try hard to not be combative.

Combative people are never happy because they’re always at odds with someone, and never content or satisfied. And if I’ve learned anything valuable in adulthood, it’s that all anyone ever really wants is to be content. Or “happy,” if you prefer. I use them interchangeably.

Not everyone figures out that they want all those things BECAUSE they—consciously or subconsciously—believe those things will bring them happiness and make them feel good.

Everything—EVERYTHING—we chase in this life is rooted in our internal desire to feel good. To attain peace. To achieve happiness.

Combativeness is a surefire way to always have drama and conflict in our lives and never achieve goals.

But, screw it. Sometimes I make bad decisions.

Some things are stupid. And it’s irresponsible to not point them out.

Silly policies at my son’s school. Ridiculous corporate policies or inefficient workflow at my job. And once in a while? Other people’s observations and opinions.

Sometimes, things are soooooo bullshitty that I just can’t help myself. I just have to shout it from the rooftops: “Wow! Look at that thing over there! It’s REALLY bullshitty! Even more bullshitty than all the regular-sized bullshitty things I see!”

That’s how I feel about bonbon2’s comment above, which was written in response to one of my comments on An Open Letter to Shitty Husbands, Vol. 1.

That if you imagine a gigantic—I mean COLOSSAL—mountain of bullshit, you would need beachball-sized bullshit-hail to rain on it nonstop for months to reach the pinnacle of the giant bullshit mountain I’m describing.

Marriage: Before and After, Because There’s a Difference

I’m not suggesting everything this person wrote is patently false. For example, comments like this are right on: “Men need to understand that she is your WIFE, NOT your MOTHER, don’t turn your wife into your mother and then blame her for not treating you in a way of a supposedly wife.”

I agree with this one too: “Please guys, you all can do better than this, don’t wait for your girlfriend or wife to repeat themselves a thousand times and get disappointed eventually, you all can do the education by yourselves and stop making her feeling she has to leave.”

And if we take a few sentences out of context from which they were written, I might agree with them also. But basically every other utterance is total crap.

Unless you are held at gunpoint in front of a marriage official, suffer amnesia or some type of head trauma that fundamentally changes your conscious self, are married to someone who develops amnesia or experiences life-altering head trauma, or married an intentionally deceptive con artist (which I’ll allow liberal interpretation of, because some guys really are dicks), then you are TOTALLY RESPONSIBLE FOR WHO YOU MARRY.

Because the vast majority of men do not change much after marriage. In fact, THAT’s a huge part of the problem. Men often crave routine and stability, and want to do the same things over and over again. Bad habits from the single life sometimes remain, and staleness from routine sometimes sets in. Their wives get pissed about the bad habits and ask them to change, OFTEN not getting the response they need or want. That perceived lack of respect, combined with monotonous boredom festers into feelings of loneliness and neglect. As she gets more upset, he withdraws further because it’s how he naturally and chemically responds to conflict with his partner.

The cycle lasts until someone has an affair and/or leaves.

I’m not going to entertain the idea that millions of men are getting married and then fundamentally changing who they are on the inside. The next time I see that will be the first time.

Here’s an idea: Take some fucking responsibility for who you chose to marry. Because you had UNLIMITED time to choose the person you agreed to exchange forever-vows with.

I understand that when we’re young, we can’t know what we don’t know, and that young women aren’t unreasonable for assuming their husbands might evolve and grow in many of the same ways they do in a marriage. It just so happens that in real life, it tends to not work that way.

But I’m not going to stand idly by while angry wives point fingers calling for men to grow up and take responsibility while not taking any themselves.

There ARE victims in this world. You know them based on the facts of an individual’s story. No question, some spouses get TOTALLY screwed. I’ve seen it plenty.

But that’s not what usually happens. What usually happens is two good people get married with the best of intentions and ACCIDENTALLY ruin their marriage through hundreds of little decisions they didn’t know were important at the time.

Our lives are the sum of our choices, from our earliest memories to right this second.

2. Don’t Take Vows if You Don’t Mean Them

I hate to break it to you, bonbon2, but after you say “I do” and promise all that shit in front of spouse, God and country, it kind of DOES become your responsibility to help your husband be a better husband if that’s what it takes to save your marriage.

bonbon 2 wrote: “She doesn’t have an obligation to educate her man, but she does have to take full responsibility to live a happy life, even if that means a divorce for her.

“I really hope all women, regardless of each of our marital status, to know that we have the obligation to our happiness in life, and it’s our own responsibility fully. Maybe your boyfriend or husband makes you sad, but it doesn’t mean you can’t live happily ever again. Sometimes marriage just isn’t the solution.”

You’ve just alleviated every married man or woman of all responsibility for the rest of their lives! Awesome!

Now men can leave their wives guilt-free after gaining weight from childbirth because she didn’t “take responsibility for her physical health” and that doesn’t make him “happy”!

Now every time a wife would like her husband to help her solve a problem, from opening a jar, to fixing the brakes on her car, to properly setting up a new electronic gadget she isn’t comfortable using, he can say: “Sorry babe! I don’t have an obligation to help or educate you! You’re an adult, so you can just figure it out all by yourself! It’s not my responsibility to help you because it sounds like more trouble than it’s worth. I’d rather get divorced since what I’m really responsible for is my own happiness in life!”

For better, for worse. For richer, for poorer. In sickness and health. Until death do us part.

DON’T SAY IT IF YOU DON’T MEAN IT.

You don’t have an obligation to educate your boyfriend on what it takes to be a good husband any more than I am obligated to avoid walking into an ISIS camp and calling them assholes.

But when a bunch of bad shit happens afterward, shouldn’t we be big enough to admit our choices were unwise?

Men get things wrong in marriage all the time. And I think if men collectively came to understand what I think I now understand, and then acted accordingly, the divorce rate would drop 80-90 percent.

Men have a HUGE responsibility to help keep families and marrages intact, and that’s what I dedicate much of my writing time to saying.

But I don’t give wives free passes. I just think all the things wives get wrong happen in response to some bullshit their husbands did. So if the husbands get it together, maybe their wives won’t accidentally push them away while trying to make their homes and marriages the best they can be.

Sure, husbands get a lot wrong. I did. And millions just like me are doing the same things right now. I hate it.

But if you’re the kind of person who thinks trying to EFFECTIVELY communicate your wants and needs to your spouse in an effort to educate them on things they might honestly NOT KNOW OR UNDERSTAND is more trouble than it’s worth, then you’re every bit part of the problem.

But feel free to enjoy the view from the top of Mount Bullshit.

Don’t forget to take deep breaths. The air is thinner up there.