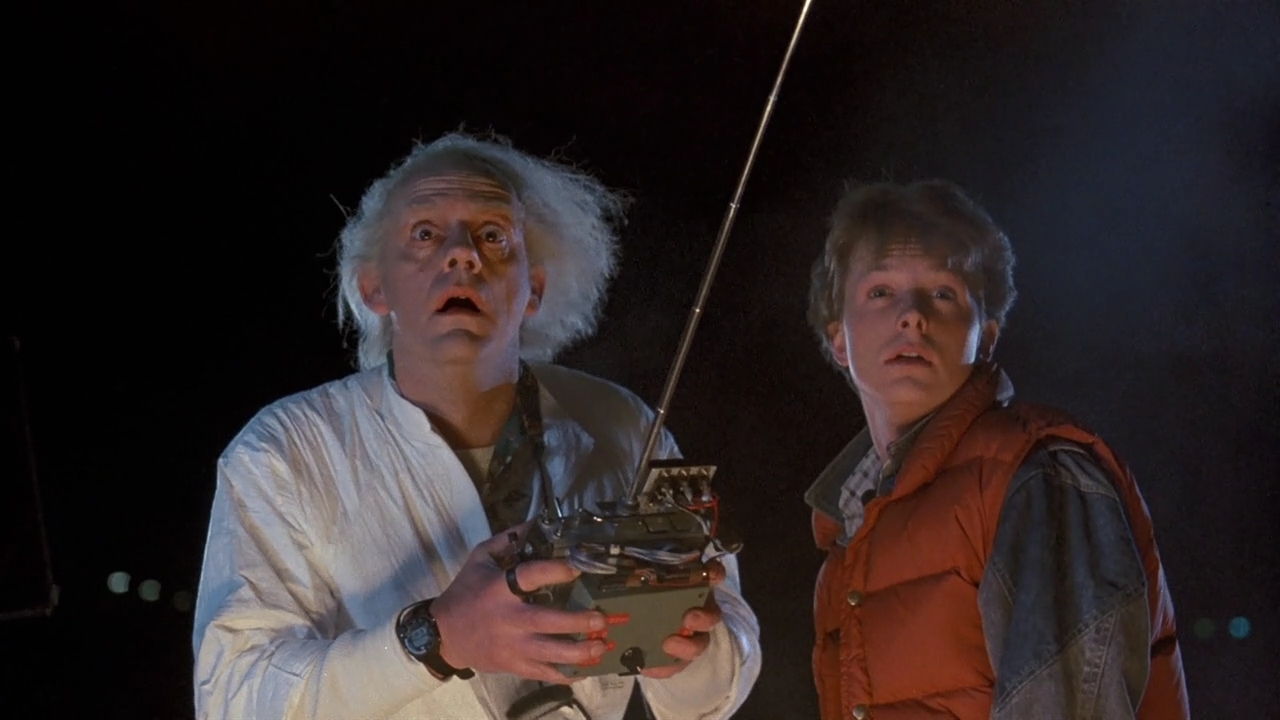 “When this sucker hits 88 miles per hour, you’re gonna see some serious shit.” – Emmett ‘Doc’ Brown, Back to the Future

And it’s actually dangerous because when you spend all your time thinking about things that already happened, or worrying and dreaming about things that might happen someday, you’re never really being alive right now. You’re never here. Right this second. I have to remind myself sometimes that there is a right now. I have to breathe slowly and really concentrate and try to not think about something that happened earlier or wonder about something that might happen later.

I breathe in. Hold. Then out. And if you only think about the air going in and out of your lungs, you have a slight possibility of being mindfully alive for a few seconds.

I’m a dreamer. Maybe it’s healthy sometimes. Most of the time, it’s probably not. Because I’m an optimist, I often imagine something and I hone in on all the positives of this possible future, and I paint a rosy picture in my imagination where everything is great and I feel good and maybe a girl likes me in the end.

I dream about big things. Like my start-up company. I catch myself thinking about the rewards of our theoretical success a few years from now even though I can’t see all the steps between here and there.

I dream about small things. Like a party or fun weekend trip coming up. I catch myself thinking about having an amazing time with a bunch of other people who are also having an amazing time and everything is awesome just like it used to be when we were young and didn’t have baggage and shame perpetually tagging along.

I’m glad I’m a hopeful person. That I’m positive and not cynical. That I tend to find the silver linings instead of being dour and pissed off all the time.

But it has a downside, too.

When you default to a position of hopefulness and optimism, or more specifically, when you imagine the birthday or vacation or wedding anniversary or class reunion or holiday a certain way, and then when you really experience it, it’s a total letdown, you set yourself up for constant disappointment.

I experience that often. I build things up in my mind and then I’m disappointed because something I thought would be great wasn’t.

When you’re a little Catholic school kid from a little Ohio town most people in your own state can’t find on a map, it’s probably not weird to end up like me.

I’d walk home from school or deliver newspapers on my paper route, looking at the houses and daydreaming about my future. The houses were all basically the same, save the customary architectural tweaks consistent with middle-income Midwest homes designed at the turn of the 20th century.

I would be married because adults get married.

With age came ambition, if not direction. I wanted more. Financial success. A vibrant social life. There’s more to life than this.

No matter how much you evolve through high school and college, it seems like the life you lived as a child grew permanent roots. Like the baggage and shame, it follows you everywhere, and you were either blessed or cursed by whatever hand life dealt you.

Any deviation from that path is viewed through squinty-eyed suspicion.

Why isn’t that person following The Plan™?

It’s because those rule-breakers aren’t as smart as you. You know everything, and that will be obvious to everyone when you’re in your mid-thirties and life has turned out just like you knew it would.

Today is Oct. 21, 2015. It’s the day Doc, Marty and Jennifer travelled to in the future via flying DeLorean in the Back to the Future movie franchise. The Internet has been making a big deal about it for months.

Back to the Future (and the sequels) has been one of my favorite movies since I saw it at the theater in 1985. The time-travel story captured my six-year-old imagination. I’m pretty sure the first Back to the Future film is the movie I’ve seen more than any other though I don’t have an iTunes play count from the past 30 years to prove it.

In Back to the Future II (released in 1989), the movie makers created a version of the fictional Hill Valley, Calif. they imagined for 2015.

Flying cars and hoverboards are the obvious highlights. The justice system works swiftly because there are no more lawyers. Meteorologists can accurately predict changing weather down to the second. You can hydrate a little hockey puck-sized pizza in a small kitchen appliance, and enjoy a hot, delicious regular-sized pizza just seconds later. A bottle of Pepsi costs about $50. People wear self-drying clothes. Jaws 19 is playing in theaters. Kids no longer use hands to play video games.

Maybe adults watched Back to the Future II and knew most of that was never going to happen. I was 10, so I can’t be sure. I watched with wonder.

And what I’m thinking about now is how 30 years ago, I watched someone else’s vision of the future, and with three decades (technically, 26 years) to go, none of what I saw felt especially far-fetched to me.

But I look around today and it doesn’t look at all like the future Back to the Future II painted for me, even though 26 years ago it made so much sense.

We imagined a future. But it didn’t happen that way at all.

And in the context of the cars we drive, and the price of soft drinks, and our fashion sense, I think most of us are probably okay with that.

The part of divorce no one talks about is the part where you lose all your dreams.

People tend to focus on the loss of their spouse at home, or sharing time with the kids, or the financial costs of the split.

Change is hard. It just happens and suddenly you’re sitting alone in your house, and waking alone in your bed, and going by yourself to family gatherings to look everyone in the eye who travelled great distances to sit in church pews and hear you vow “’Til death do us part” before handing you a wad of cash. They ask how you’re doing and you can’t be honest because they’ll worry about you, or you’ll bore them for two hours while dripping in failure. Because everyone there is still married.

Back in that little Ohio town where that’s just what you do.

But I don’t know that any of that is the worst or hardest part.

With my wife and son and the daughter I never got.

With my successful career where we never again worry about money.

With Sunday afternoons 30 years from now where I’m grilling dinner and my grandchildren are running around the backyard. My son and his family. In both directions.

Because right up to the moment you hear: “I’m leaving,” everything is going according to plan.

You never—not even once—considered an alternative future. Not like shitty alternate-1985 where Biff is your stepdad, your father has been murdered, and your beat-up mother has massively gross, plastic boobs.

In Back to the Future II, Doc and Marty use a time machine to repair the damage.

But us? You and me? We don’t get time machines. The only time travel we do keeps us from living in the now.

I’m cool with the fact we don’t have flying cars. I was never a particularly strong skateboarder, so the absence of hoverboards doesn’t keep me up at night. And Jaws jumped the (pun intended) shark after Jaws 2.

In other words, the future happened. We’re here now. And relative to the movie’s imagined society, I’m more than fine with how everything turned out.

I think that same thing can be true in our personal lives.

The future was written. I could see down the road and I just “knew” how most of it looked and felt. And it was good.

But, really, it wasn’t written. I didn’t know anything. And it was kind of shitty and horrible when it actually happened.

Life will write the script that was always going to be written no matter how many times we try to pen it ourselves.

Now, I know I don’t know what’s going to happen next.