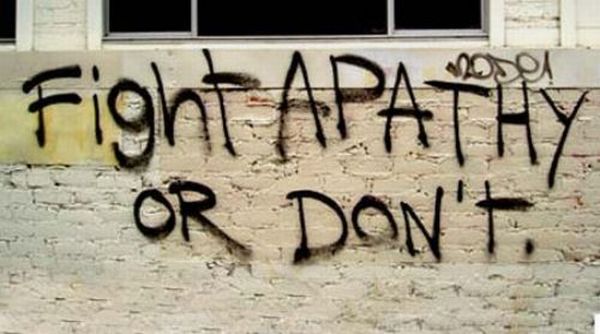 Any time I’d hear about a couple getting a divorce, I always assumed one of them did something bad.

I’d usually suspect the guy. Of cheating. Of hitting. Of being verbally abusive. Of having a problem with gambling or alcohol or child abuse.

But then I got divorced and started talking to lots of other people who are either divorced or in troubled marriages.

And that’s when it became clear that all the common “reasons” for divorce probably don’t cause most of them.

They are not bad. They are simply bad at marriage.

Not With a Bang

“This is the way the world ends

This is the way the world ends

This is the way the world ends

Not with a bang but a whimper.”

I think most marriages die with someone asleep at the wheel.

Some well-meaning husband or wife just obliviously caught up in the rhythm of comfort and routine. They believe they’re a good husband or wife by virtue of not committing all of those marital cardinal sins.

We do this a lot.

I go to work and church and don’t commit crimes, so my wife must think I’m a good guy!

I don’t do drugs or punch my wife, so she must think I’m a good guy!

I don’t gamble all our money away or stay out late drinking without telling her where I am, so my wife must think I’m a good guy!

Marriage isn’t graded on a curve.

More and more, people are emailing me and asking for relationship advice.

That’s how desperate they’ve become. They’re asking a guy who is batting 0-1 at marriage to advise them on their marriages. I don’t know how this happened.

I can’t fix your marriage. I couldn’t fix mine. What I am good at is asking myself the hard questions and drawing what I consider logical conclusions about things I did in my marriage that led to its demise.

Sometimes, when I write those things down, people recognize the same behavior in their relationships.

It’s Not the Big Things

It almost never is. It’s those little moments you didn’t know were big.

It’s the routine argument, and because it’s routine you don’t choose your words carefully. Because you like to win fights, you don’t take a deep breath and think about what you really want the outcome of the situation to be.

What if someone told you that silly argument over what song was playing on the radio (Shazam would have been helpful in 2003) would ultimately cause real fights and feelings of resentment and a lack of respect for one another and be something that haunted you 12 years later?

Wouldn’t you just keep your mouth shut and thank the heavens for another beautiful day to share with the person you love most?

I would fight with my wife and sometimes she would cry and instead of apologizing and not repeating that mistake again, I would walk away and then the next time we would fight, I would just do that exact same thing again.

Maybe it was pride. I think pride might kill more marriages than gambling or alcoholism or domestic violence.

And I walked away because it was easier. Turned my back on her.

I let her cry instead of hugging because I was prideful and thought I was right.

Why did it matter to me who was right in a fight I can’t even remember?

Remember the topless mall psychic lady in Mallrats with the third nipple? What if a little mini version of her popped up on my shoulder during one of these fights and said: “Hey! Matt! You’re being a moron! 1. You have ONE job, and you’re currently failing. It’s easy to ‘love’ when everything’s going your way! Weak cowards can love on the good days. Real men love when it’s hard. When it’s inconvenient. When you don’t feel like it. 2. This is what’s going to break your marriage. In a few years, you’re going to have a little boy. Some unexpected life challenges will pop up, and because you haven’t built a strong-enough foundation with your wife, you’re going to fall apart. And it’s because of this, right here. You’re going to be in your mid-thirties. And your wife is going to live somewhere else and your son is going to be gone half the time and it’s going to be hard for everyone involved. You’re going to break on the inside. You’re running out of time.”

If that little miniature three-nipple lady said that to me (and I believed her), I truly think I’m prudent enough that I would have changed the way I was doing things.

The things that destroy our marriages are sometimes so small that we’re incapable of respecting the moment enough to behave differently. But if we knew that what we did and said in that moment would change our future one way or the other? Almost as if our entire lives would be determined by it? Wouldn’t we choose the right thing?

I think we would.

I think people do the wrong thing because they don’t know how important that moment is.

You’re going to have a fight soon because you’re a human being. And you’re going to fall into the same behavior you always fall into when you fight because it’s almost involuntary. But at some point, sanity will prevail and you’ll have a chance to ask yourself the right question: What is it that I really hope happens at the end of all this?

I can’t go back and change anything.

But I can be more conscious of right now.

I don’t want to ever again say I didn’t see it coming. That I didn’t recognize the moment for what it was. Something defining. Something that would change everything. Forever.

The little things are the big things.

This is the way your marriage ends.