Don’t Invite Me to Your Divorce Party 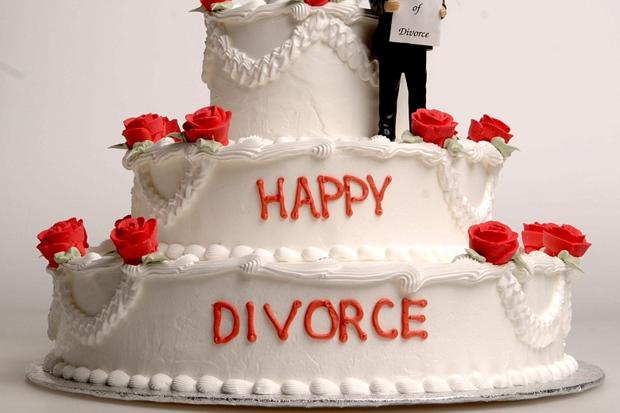 Because a bunch of people have been encouraging me to write for Huff Post Divorce, I’ve been spending more time reading it.

There are thoughtful pieces I like and agree with, such as “An Open Letter to My Ex-Husband’s New Girlfriend.”

There are thoughtful pieces I hate and disagree with, such as “Here’s Why My Affair Will Turn Into A Healthy, Long-Term Relationship.”

There are very practical Things You Should Know pieces. About legality. About emotional turmoil. About child-custody issues. About moving on.

But there is one type of story that’s prevalent and bothering me.

My ex-wife was in a relationship after our separation. Never met the guy. And that’s more than okay.

When something bad happens to you—something really bad—it cuts you on the inside in ways you didn’t know was possible. It’s shocking.

You’re reeling from the horrible thing that happened. And all the sudden your body and mind are experiencing things you were totally unaware were even possible, making healing seem impossible.

Almost like losing grip on reality. And maybe that’s exactly what happens.

I spent countless hours and nights alone on the couch or in bed. I’d watch TV sometimes, but it was so hard to focus on anything that I would often have to rewind whatever I was watching over and over again because I’d get lost in thought and not pay attention.

I was almost obsessed with them. Another man with my wife. And I spent unhealthy amounts of time picturing them together. At the dinner table. Maybe curled up on the couch together. Maybe driving around in cars. Maybe on vacation to places I could never afford to take her. And, of course, in bed.

In about 35 years, I had never felt anything more excruciating.

You can’t feel more rejected than that.

You can’t feel smaller than that.

You can’t feel more humiliated than that.

And then you lose yourself. And you can’t recognize yourself in the mirror because you’ve never felt or behaved like this before.

My marriage broke. Much of it was my fault. But that didn’t stop the hurt.

My parents divorced when I was 4, and you might think that life experience would help prepare you for the realities of divorce in your own marriage.

Divorce was the most brutal thing I have ever experienced. I know some people have experienced more-challenging things and that I’m blessed to have not.

But make no mistake: Divorce (if the love was real) is very hard. Worse, I believe, than most people give it credit for. It’s the second-most-stressful thing that ever happens to you, according to the Holmes and Rahe Stress Scale. Marital separation is No. 3 on the list. It is only behind the death of your spouse, and ranked ahead of things like going to prison and the death of a close family member or friend. When it happened to me, I freaked.

What that means is, when I see your Fuck-Yeah-I’m-Divorced-Let’s Party stories it makes my skin crawl.

It means I want to punch you in your face, even though I would never, and even though you might not deserve it. (Everyone’s divorce story is different.)

On behalf of the institution of marriage—an important union designed to bring enormous stability to our world—I’m insulted.

On behalf of every scorned spouse who has fallen asleep alone in the dark sobbing and thinking about the person they loved being with that other person—I’m offended.

I wanted to write it. And almost did. It’s perhaps the most unkind two-word phrase we have in the English language.

But I don’t really mean it.

Because there are some marital horror stories out there. And the women and men who feel liberation, who feel peace, who now have an opportunity to pursue real love in a post-divorce world DESERVE to feel good.

And it makes sense that people with those stories would want to use them to empower other divorced people and encourage them to find peace and contentment in this new life.

But I want so badly to live in a world where love and families are viewed with more reverence than our throwaway-marriage culture calls for.

Where we empathize with people in pain, and the blameless children caught in the middle.

Where divorce is frowned upon and strenuously avoided.

Have a good time.

I won’t be there.

58 thoughts on “Don’t Invite Me to Your Divorce Party”